A very interesting paper by Kevin Werbach about the increased use of dictionaries in Supreme Court's opinions, statutory interpretations, dictionaries limitations and a proposal of a more sensitive approach to dictionaries. 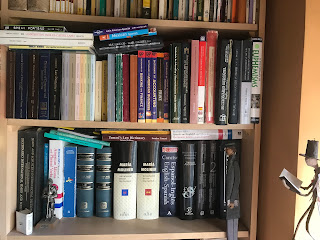 "Dictionaries are not ideal tools; they provide a range of definitions that bear an imperfect relationship to context and meaning."

"This Paper argues that the Supreme Court should exercise greater sensitivity in its use of dictionaries."


"Almost fifty years ago, Judge Learned Hand declared that "it is one of the surest indexes of a mature and developed jurisprudence not to make a fortress out of the dictionary . . . ."[1] Despite this admonition, courts have long used dictionaries to aid their interpretive endeavors. Dictionaries are, after all, reference books that help readers comprehend the meanings and boundaries of words, which is precisely the function judges must often perform. The Supreme Court[2] has referred to dictionaries in more than 600 cases over a period of two centuries.[3] In recent years, however, the Court has come to rely on dictionaries to an unprecedented degree. Despite the current resurgence of interest in statutory interpretation among legal scholars,[4] and the increasingly vocal debate[5] about judicial methodologies, the use of dictionaries as interpretive tools has received little scrutiny.[6]
This Paper argues that the Supreme Court should exercise greater sensitivity in its use of dictionaries. Part I demonstrates the increased prominence of dictionaries in Supreme Court opinions during the last several years. This shift is too substantial to ignore or dismiss as a coincidence; some underlying factors must explain the trend. Part II therefore situates the Court's use of dictionaries within a broader context of changed attitudes toward statutory interpretation and the role of judges. Dictionaries are not ideal tools; they provide a range of definitions that bear an imperfect relationship to context and meaning. The choice of the dictionary as an interpretive tool requires substantive decisions by judges, and introduces the antecedent assumptions of dictionary editors into the legal process. Part III suggests that these and other considerations gravely limit the value of dictionaries to statutory and constitutional interpretation, and that the Court's current unselfconscious attitude towards the reference books greatly exacerbates these problems. The paper concludes in Part IV with suggestions for more rigorous and more appropriate use of dictionaries."

The paper can be read here 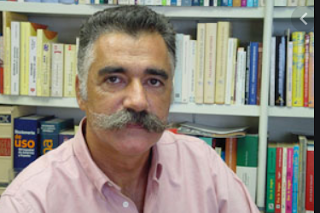